Statement of the International League of Peoples’ Struggle
Commission 1 On the cause of national liberation, democracy and social liberation

US Access Pact: Getting a rapist to protect us from neighborhood bully

Groups protest 7th round of negotiations for US access pact

October 1, 2013 Bayan protest latest round of negotiations for US military access

No to Power Rate Hike! 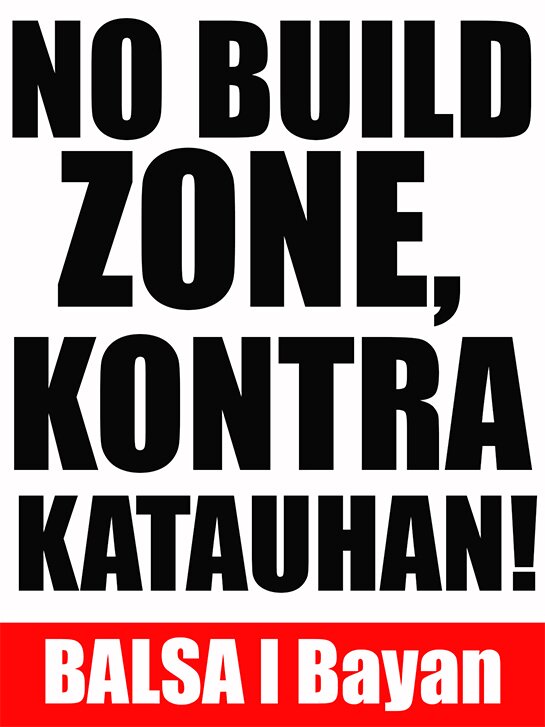 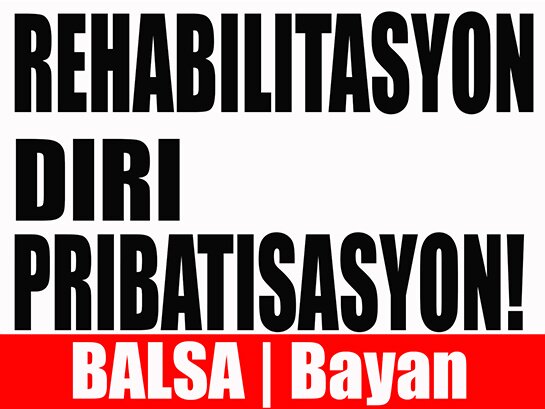 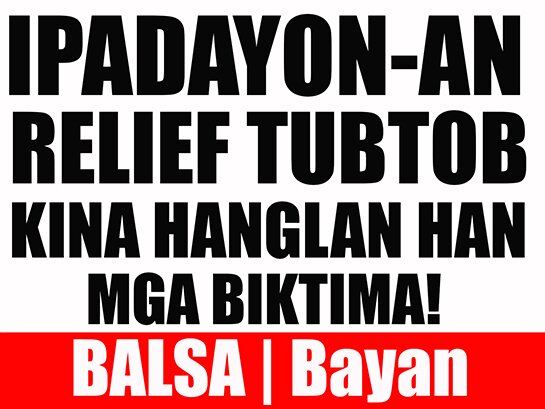 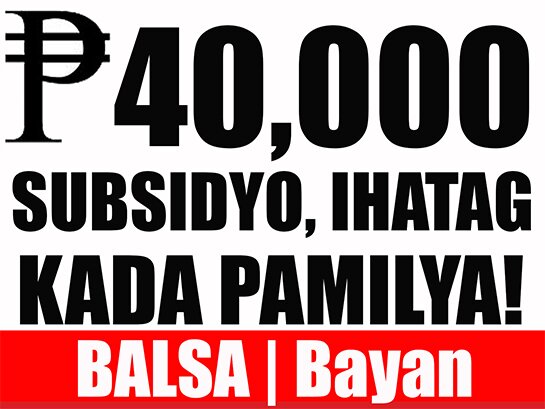 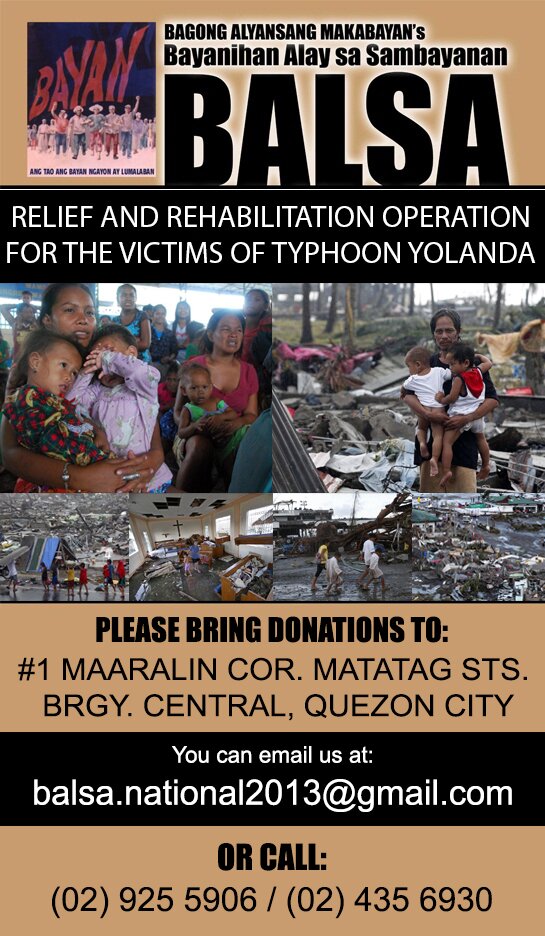 Abolish all pork! Prosecute all involved in scam. End the corrupt system!

A Horror costume parade vs the pork barrel system

No to water rate hike! 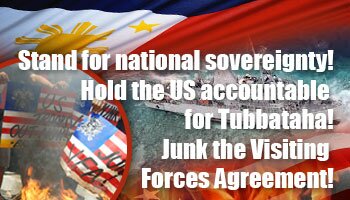 A call to action:

We call on patriotic Filipinos to stand for national sovereignty and hold the US government accountable for the damage wrought by the USS Guardian on Tubbataha Reef. While the US government has expressed “regret” over the incident, it has not made any pronouncement that it would pay damages to the Filipino people. While the PH goverment has called on the US to pay, Aquino has attempted to insulate the Visiting Forces Agreement from calls for its termination.

It will take several decades before the damage to the reef could be restored. Despite the Tubbataha incident, both the US and PH governments want to perpetuate US military presence in the Philippines under various pretexts.

The Tubbataha incident is just the latest in many environmental crimes committed by the US military from the time of the toxic wastes of US bases in Clark and Subic.

At the heart of the Tubbataha issue is the Visiting Forces Agreement which allows an unlimited number of US forces unlimited access to our ports, airspace and waters; for an indefinite period and for unspecified activities. The admission by the Philippine government that it did not know why the USS Guardian was in the area highlights the problems with the VFA. The USS Guardian crew’s refusal to allow PH park rangers to approach the ship and inspect the damage also emantes from the VFA.

More US ships are expected to enter the country under the rebalancing strategy of the US which will see 60% of its warships deployed in Asia.

On February 4, the anniversary of the Filipino-American War which ushered US colonial rule, let us renew our commitment to genuine independence. Let us march in protest to demand US accountabilty for Tubbataha and for the Aquino government to act decisively on the matter. Let us march for sovereignty and demand the termination of the Visting Forces Agreement.

On the failure of the SC to issue a TRO vs. Cybercrime Law

Three seemingly unconnected events have been unfolding in the past days and weeks – the expose on [...]

A base by any other name

Official secrecy, obfuscation and outright lies have characterized continuing US military presence a [...]

In its latest survey, the Social Weather Stations (SWS) said that the number of Filipino households [...]

Obama and the US Cha-cha lobby

Malacañang announced that defense and security would be on top of the agenda during US President Ba [...]