More charges should be filed against GMA 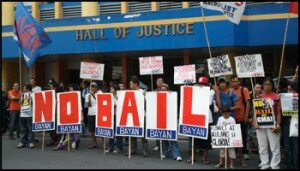 We welcome the filing of plunder charges against former president Gloria Macapagal Arroyo in relation to anomalies in the funds of the Philippine Charity Sweepstakes Office. The charges, which are long overdue, are justified and should be relentlessly pursued.

Arroyo should still be charged for other crimes against the people, including the massive cheating in 2004 and gross human rights violations. The filing of charges should not be selective or pegged on important occasions such as Aquino’s SONA. There should be consistency and urgency when it comes the filing of cases. Many of the victims of the past regime, especially the human rights victims, have yet to see justice under the current Aquino regime.